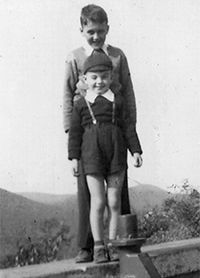 The celebrated history of The Kennedy Center is an inspirational story of how a small group of individuals, with a new idea, were able to enact significant change in our society. The organization was founded in 1951, when Evelyn Kennedy and twelve parents decided to take matters into their own hands and established an educational and support system for their children with disabilities. In her own words, “We were going to get what was a God given right for our children.” The fifties was an era in American society when no such educational supports existed. Nevertheless, Evelyn led this band of determined parents, with cigar boxes in hand to collect donations, walked through local neighborhoods recruiting participants and educating the public on the needs of local families who had children with disabilities.

The convention of the time, held by medical experts and society as a whole, was to simply institutionalize children with cognitive disabilities.The standard beliefs of the day did not discourage them. This group of founders envisioned a better world, where their children would have the same opportunities in life as every other child. Together, Evelyn Kennedy and this core of visionary parents created an organization with a rich tradition of grassroots innovation, staunch advocacy and expansive volunteerism. On April 11th of that same year, the group filed for incorporation under the Connecticut General Statutes as Parents and Friends of Mentally Retarded Children of Bridgeport, Inc.

Bound and determined to provide educational classes for their children, this courageous group of parents remained united in their effort to help their children. Before 1951 ended, they would be responsible for the first classes for children with cognitive disabilities in public schools in New England. Furthermore, as a result of their efforts, the Connecticut Board of Education accepted that it had a moral obligation to help, and provided a classroom and teacher at Columbus School for 11 pupils who were between the ages of 8 and 17. Soon after, their groundbreaking accomplishments resulted in the creation of New England’s first parent sponsored, public school facility for children with cognitive disabilities.

The school opened its doors in 1956, in a small house on Williams Street in Bridgeport, Connecticut. The first building took 18 months to complete with 80% of the construction being accomplished by the organization’s parents and friends. What is more, in the short time from the organization's humble beginnings, the founders became responsible for writing Connecticut legislation that made it mandatory for school systems to provide educational services for children with cognitive disabilities. It also became instrumental in the establishment of the Connecticut Council for Retarded Children, and later Connecticut’s Division of Developmental Service (DDS).

In 1957, Parents and Friends of Mentally Retarded Children of Bridgeport, Inc. began receiving national recognition for its efforts by entities such as the Reader’s Digest periodical, as well as from the Today television show. It was also the founding year of the first “Workshop” for individuals with cognitive disabilities. The organization understood that employment is one way to enhance and improve the way one feels about themselves, and that people with disabilities also had a desire to work. As a result, 14 young adults and 2 vocational counselors began employment services in the basement of St. Patrick’s school in Bridgeport.

Throughout its history, the organization’s tradition has always been to provide practical solutions and service supports for individuals with disabilities. So it was not surprising that as new needs were identified, the organization sought innovative measures to ensure that the individuals being served were included in every aspect of community life. The 60’s issued in an era of significant expansion, progress and innovation. A marked increase in the number of children being served necessitated that the growing organization move to a larger facility.

Once again the expanding parent and friend network became involved in raising money for a new facility on Virginia Avenue. Fortuitously, Mayor Samuel Tedesco of Bridgeport made it possible for the organization to lease the 4.5-acre site at a cost of one-dollar per year. In 1964, Parents and Friends of Mentally Retarded Children of Bridgeport, Inc. moved into the larger facility that they were responsible for constructing. During the building’s dedication ceremony it was acclaimed to be the largest and most advanced in the country. This year also included the opening of Faust Hall, as the first residential group home for men in the state and the northeast. In 1965, the organization was awarded the Lane Bryant Award for its incredible volunteer service to the community. Then in 1966, two years after opening the first residential group home for men, the organization opened the first residential group home for women at Maridot Manor. 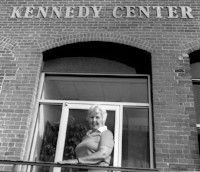 With the ever-increasing numbers of individuals coming into the organization, the workshop moved to a larger building, academic programming was established, speech therapy classes commenced, and vocational rehabilitation programs were initiated. Still, the founders and their network of community volunteers continued to provide the momentum for the future of the organization. Two of the most important occurrences of the decade include when Frank and Fred Ahlbin donated their Garden Street factory building in Bridgeport to become the new headquarters of the organization in 1976. Then in 1978, the Board of Directors decided to hire a new President and CEO to enlarge the regional services, and to expand the age group of consumers. Martin D. Schwartz was hired as the new CEO and President, which proved vital to moving the organization forward to a higher level of productivity and expansion. As stated by Evelyn Kennedy “ Marty Schwartz moved the organization to the level of expertise, competency and recognition that made The Kennedy Center name synonymous with excellence.”

Within the next few years, Parents and Friends of Mentally Retarded Children of Bridgeport, Inc. opened the Over and Under Thrift shop that would eventually be run by its new Auxiliary. The Auxiliary was formally established in October 1979 through incorporation. Its important work helped to subsidize programs and events that met the needs of the agency. The inimitable success of the organization lies in the exceptional efforts of a loyal, hardworking, and dedicated cadre of outstanding volunteers. By now many of the children of the original founders had grown into young adulthood, which led to the next period of innovation. In 1980, the organization amended its name to Parents and Friends of Retarded Citizens Inc., and the second floor of the Garden Street headquarters was transformed into an employment workshop for young adults with disabilities.

The organization’s program services expanded well beyond cognitive disabilties in the eighties. Societal perception of individuals with disabilities was also changing. Over the years, the organization developed strong relationships with the Connecticut Department of Mental Health, the Department of Children and Families, the Department of Social Services, and the Bureau of Rehabilitation Services. The age range of the individuals being served was extended from birth through senior years, and Community Experience programs were created for individuals with multiple and severe disabilities. Likewise, the decade also ushered in a period where the organization was gearing up to further expand its professional capacity. As a result, it achieved its first three-year accreditation from the National Commission on Accreditation of Rehabilitation Facilities (CARF) in 1981. Within the next seven years the organization opened four new residences, established five new employment businesses, and opened three Community Experiences projects. Additionally, on September 11, 1986 the organization amended its name to The Kennedy Center, Inc. after its founder Evelyn Kennedy. The new designation exemplified the spirit and determination of the founding parents, and would eventually become synonymous with one of the most comprehensive rehabilitation facilities in the State of Connecticut. As the decade drew to a close, The Kennedy Center received an Exemplary Award from the New England Rehabilitation Network for the Training Assessment and Placement Program for services to adults with acquired brain injury in 1988.

By the early 90’s, The Kennedy Center had added a Cooperative Living Arrangement, a Supported Living Option, and a private rehabilitation program for workers that were injured on the job to its list of achievements. Meanwhile, Children’s Services were expanded while travel training and transportation services were being launched. Once again the organization would have to move to a larger facility to accommodate its expansion. On the December 31st, 1992, The Kennedy Center acquired a new corporate office on Reservoir Avenue in the town of Trumbull, where it remains today. In every case, the established Kennedy Center tradition of practical improvements, based on everyday experiences, led to innovation and excellence. As a result, the next two decades were highlighted by unprecedented program expansion and organizational recognition. In 1990 the organization received an Exemplary Program Award from Rehabilitation Services Administration of the U.S. Department of Education. By 1999, Evelyn Kennedy and The Kennedy Center had received one of six nationwide Special Achievement Awards from the National Rehabilitation Awareness Foundation, Evelyn Kennedy received the first Connecticut Treasure Award from Lt. Governor Jodi Rell, and it was the only agency in Connecticut to ever receive a perfect accreditation rating from Commission on Accreditation of Rehabilitation Facilities. The Kennedy Center would achieve this rating again in 2002, which placed it in the top 1% of rehabilitation facilities in the United States. Further expansion included the acquisition of the Lindeman facility in Trumbull that now houses the Kennedy Industries Division of the agency.

While The Kennedy Center has received a host of awards for its exemplary model of excellence over the past six decades, in the past seven years The Kennedy Center received the Connecticut Martin Luther King Humanities Award for Travel Training Program in 2004; the Christina Lewis Award from the Department of Social Services in 2005; was featured in the front page article of Aging Today in the March/April 2006 edition; was the recipient of the CT Quality Improvement Innovative Silver Award in 2006; was the only Connecticut agency awarded the highly competitive Northeast Kraft Employee Fund allocation in 2007; received the Honorable Mention award in 2009, from the National Family Caregiving Awards program; was recognized by the Institute on Community Integration & Research and Training Center on Community Living, which published our article in the Impact periodical, Winter 2010, feature issue on Aging and People with Intellectual and Developmental Disabilities; and won the National Family Caregiving Awards in July 2010, for innovation, effectiveness and response to caregiver needs in the community.

TODAY AND THE FUTURE ……

The Kennedy Center celebrated its 60th Anniversary in 2011 and continues the legacy established by its founders, through groundbreaking services, innovations, and exemplary models of excellence. The Kennedy Center is one of the most comprehensive rehabilitation facilities in the State of Connecticut offering innovative and comprehensive program services to persons with special needs and disabilities, from birth through their senior years. On an annual basis, over two thousand individuals receive various program services through its divisions of Rehabilitation Services, Residential Services and Kennedy Industries.