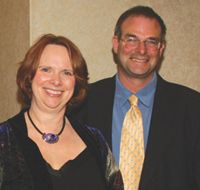 Familial tradition and legacy is why Diane Thompson continues to support The Kennedy Center. As the niece of Fred and Frank Ahlbin, Diane knows you do not have to have a family member with a disability to support The Kennedy Center. The Ahlbin brothers were known for having donated their Garden Street factory building in Bridgeport, as the new headquarters of the burgeoning Kennedy Center back in 1976. “I think everyone needs to choose some non-profit organization to support, and I believe in supporting locally. Often with big national organizations, you don’t always feel you know whose life you are impacting. Also, I know personally that The Kennedy Center really knows how to stretch their dollars.”

Diane fondly recalls how her family always attended The Kennedy Center’s Four Seasons Ball fundraiser that benefits Residential Services. So when Diane and her sister Julie Conley became responsible for the family trust and estate, Diane felt life had already given them a path to follow. Since 2008, Diane and her family have carried on the family custom of philanthropy. They continue to sponsor the Junior Golfer Scholarship Fund at the Charity Golf Classic and give generously to The Kennedy Center Annual Giving Campaign. More recently, Diane’s family also became supporters of The Kennedy Center’s Adopt-a-Home program. “Kennedy Center Residential homes and Community Experience programs are everywhere in the local community, so I know where the money goes and my family’s legacy of giving continues.” 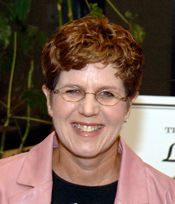 People are as unique as the number of ways in which they give. Ten years ago, Teri Brown decided to take out an annual life insurance policy with The Kennedy Center as the beneficiary. At the time, Teri felt she was not in a position to make as large a contribution to the organization as she would have liked and she had heard of this form of giving from various colleges. Her motivation was her younger sister Julie, who was born blind and profoundly deaf and had been receiving services from The Kennedy Center for close to thirty years. Teri explains, “My family and I feel very strongly about supporting The Kennedy Center. We want it to survive not just for our own interests, but for those who find themselves similarly situated.” Teri avidly describes The Kennedy Center as a place where everyone is supported and has shared values, much like a family.