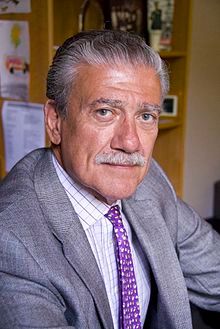 The Power of Purpose is the focus of The Kennedy Center’s 68th Annual Awards Dinner and Annual Meeting on Thursday, April 4 at the Bridgeport Holiday Inn.

John D. Kemp, Esq., a renowned global advocate, will be the keynote speaker.

Mr. Kemp is the President and CEO of The Viscardi Center in Albertson, NY, a non-profit organization providing a life span of services that educate, employ and empower people with disabilities. As a person with a disability who uses four prostheses, he has more than 50 years of direct experience in the disability movement and has partnered with, worked for and served as board member and CEO of some of the leading disability and nonprofit organizations. Among his many achievements is co-founding the American Association of People with Disabilities with Paul G. Hearne in 1995.

Mr. Kemp has been widely recognized for his lifelong contributions to disability advocacy. In March 2006,  Mr. Kemp received the Henry B. Betts Award, widely regarded as America’s highest honor for disability leadership and service. In December 2014, he received the Dole Leadership Prize at the Robert J. Dole Institute of Politics at the University of Kansas—the first disability leader to receive the distinction and be personally selected by former U.S. Senator Robert Dole. Kemp joined a prestigious group of international recipients including Nelson Mandela and former U.S. Presidents George H.W. Bush and William J. Clinton.

In addition to Mr. Kemp’s keynote address, The Kennedy Center Awards Dinner and Annual Meeting recognizes and pays tribute to those who have made outstanding personal achievements or significant contributions to people with disabilities. The evening acknowledges the accomplishments of persons with disabilities, area employers, volunteers, employees and support professionals.

The Annual Meeting & Awards on April 4 at the Bridgeport Holiday Inn, starts at 6 p.m. with a Social Hour. Dinner, the keynote address and awards will follow at 7 p.m.

The Kennedy Center, founded in 1951, is an internationally accredited, non-profit, community-based rehabilitation organization that currently serves over 2,200 individuals annually. The agency actively responds to the needs of the community by offering innovative, comprehensive service options to persons with disabilities and special needs, from birth to senior years. The Kennedy Center operates 31 community experience programs,16  group homes, an industries program composed of six Social Enterprises, supported and competitive employment and job placement services, a family support and respite service, travel training, and a variety of children’s programs.