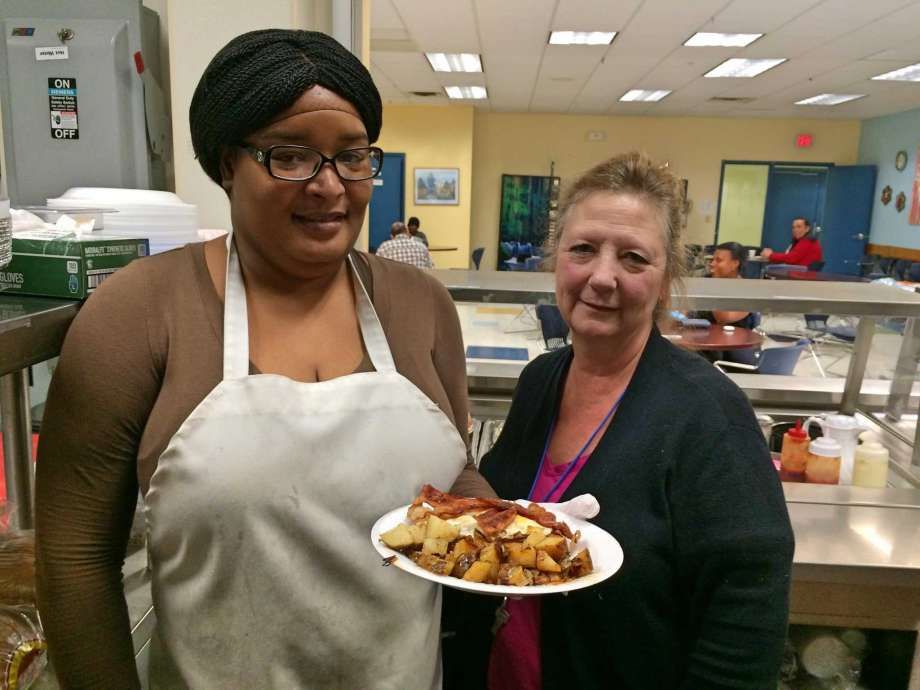 At first glance, there is nothing special about Soups ‘n Such, a small cafe tucked inside a Lindeman Drive office building.

But the breakfast and lunch spot, which is among the cleanest and most well-run in town by virtue of its recent perfect health inspection score, has an unusual distinction — it is housed inside the Kennedy Center, and its staff includes people who receive services from the center.

The Kennedy Center is a community rehabilitation organization, providing services for people with intellectual, developmental, mental health and other disabilities.

“It’s a dual bottom line, which means it’s a business that generates revenue, but also has a second bottom line, where its positive social impact is measured,” said Kennedy Center spokesman Kate Czaplinski. “It is open for our staff and people who receive services five days a week.”

Soups ‘n Such was among a handful of Trumbull eateries to receive a perfect 100-point score on its October health inspection. Four times each year, the Health Department makes unannounced visits to each restaurant in town, grading each establishment on 62 criteria. Inspectors issue scores on a 100-point scale, deducting between one and four points for various health violations. Any score under an 80 is considered a failure, as is even a single four-point violation.

“They’re very thorough,” said Soups ‘n Such manager AnnMarie Kenney. “Our last two inspections we got a 98, so when she told me 100 this time, it was really exciting.”

The excitement trickled down to the rest of the staff. Kabrena Robinson, 35, who has received services from the Kennedy Center since she and her father emigrated from Jamaica more than 20 years ago, credited Kenney and the rest of the staff for training her in proper cleanliness procedures.

Robinson, who works the grill five days a week, said she had started doing small tasks around the center, then worked in a Wal-Mart as part of another Kennedy Center program. She has been a fixture at Soups ‘n Such since 2005, gradually taking on more responsibility.

“The first thing I ever cooked here was curry chicken,” she said. She added that her original jerk chicken recipe, an homage to her heritage, was a popular lunch option.

Soups ‘n Such caters Kennedy Center functions, and also operates a satellite cafe in Bridgeport City Hall, and can also be hired for off-site functions.

Czaplinski said the center’s staff was proud of the culinary creations that come from the Soups ‘n Such kitchen.

TO LEARN MORE OR HIRE SOUPS FOR YOUR NEXT EVENT, CLICK HERE.